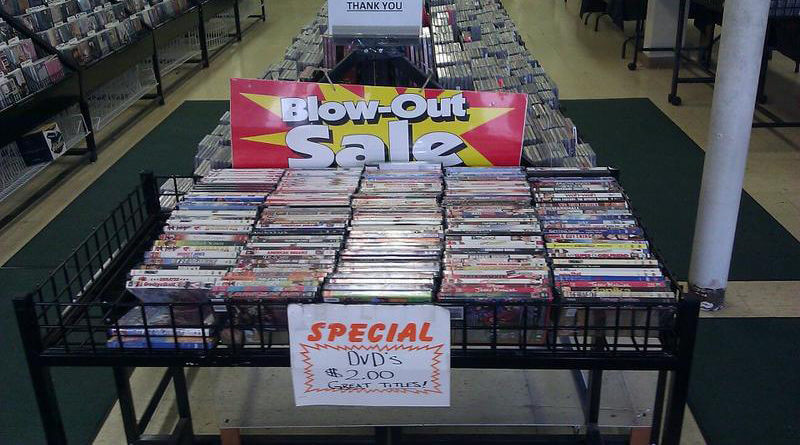 Movies are often more than an immersion in another world. Depending on your age, interests and when you grew up, films can be an investment that takes you back in time to when you first viewed your favorite movie.

DVDs and Blu-ray releases stand as the last physical release method before the age of streaming services. Collectors around the world hold onto DVDs and Blu-rays for a number of reasons, but what’s the future of this platform? Think twice before giving up on DVDs, because they’re more valuable to your viewing experience than you might think.

DVDs first hit the market in 1997 and were quite the advancement. They aren’t the first discs to play movies, but they’re far more compact than their 12-inch LaserDisc predecessor.

DVDs and eventually Blu-rays remained popular through the early 21st century until Netflix shifted focus to its streaming platform in 2011. We’ve come a long way since then, but is the shift to streaming truly an advancement?

Streaming services have their fair share of benefits. However, paying one monthly fee for access to “unlimited” content can be somewhat limiting. Services such as Netflix, Hulu, and Amazon Prime may not have your favorite titles available for streaming.

When you rely on streaming services, your viewing desires are limited to what’s available within your subscription. If you don’t find the title, you can’t watch it — not to mention you’re going to need a reliable internet connection to stream on the go. If your internet service ever goes down you will be out of luck for anything to watch.

Will DVDs Be Discontinued?

It’s not uncommon for old media to be replaced by newer technologies. After all, we saw this happen after VHS tapes were slowly replaced by DVDs.

Streaming is a popular way to consume media these days, and DVD sales have declined by 86% since 2008. Curiously, many stores fill their shelves with DVDs and Blu-rays, and Technicolor Home Entertainment Services plans to ship as many as 750 million discs in 2022.

Stranger yet, the most prominent DVD watchers are 25 to 39. Time will tell if DVDs and Blu-ray experience a resurgence.

Samsung officially announced this year that it would stop producing its line of 4K Blu-ray players in the United States. Don’t let this scare you if you currently collect DVDs and Blu-rays. Households often have multiple players under one roof, so Samsung is only cutting back where necessary.

Are Movies Still Released on DVD?

DVDs and Blu-ray discs aren’t gone just yet. They still influence the media that studios produce and how they sell it. Filmmakers need to worry about the content being released to DVD and Blu-ray.

If DVDs and Blu-rays were going to die out, we wouldn’t continue to see Redbox rental stations and stores with new releases. It’s difficult to say if or when DVDs and Blu-rays will be discontinued, but you should pick up your favorite movies while you can for their incredible viewing experience.

Should I Buy DVDs?

DVDs and Blu-rays remain superior to streaming technologies when it comes to how you view a film. Whether you should continue to buy DVDs is dependent on what you want to get from your media. Here are a few reasons you should consider buying DVDs.

Physical releases don’t require the compressing of picture and audio that occurs with streaming. Home Wi-Fi and file sizes largely dictate what you get from a streaming server. Plus, DVDs and Blu-rays offer 4K resolution, which outperforms the industry standard of 1080p. Playing a physical disc is a more reliable viewing experience.

Blu-ray discs and DVDs offer more picture information than HD streaming, which will give you more control over factors such as contrast and color.

Streaming services can’t provide you with special features, deleted scenes, outtakes, interviews and commentaries like DVDs and Blu-rays can. Buy a physical version of your favorite movie if you want to see interesting behind-the-scenes content.

Physical discs give you control over the version of the movie you watch. Maybe you want to see the director’s extended cut of “The Return of the King,” your favorite of the seven versions of “Blade Runner” or an edition of “Star Wars” before Greedo’s infamous “maclunkey” line.

Having a permanent copy is perhaps the most attractive reason to buy a physical movie. Streamers know the pain of their favorite movie leaving to another service or disappearing entirely. You can keep your physical copy as long as you’d like.

The Future of DVDs and Blu-rays

DVDs, Blu-rays and streaming services all have their advantages, so only time will tell what’s going to happen to our favorite platforms. If vinyl records could disappear and resurface, why couldn’t DVDs and other home video paraphernalia? Consumers are playing a pivotal role in the future of the filmmaking industry whether they realize it or not.

If you live in Milwaukee, Record Head is your hub for buying and selling media. We offer new and used movies and music at prices you can’t beat. You can shop movies online, too. For more information about our products and services, contact Record Head today!