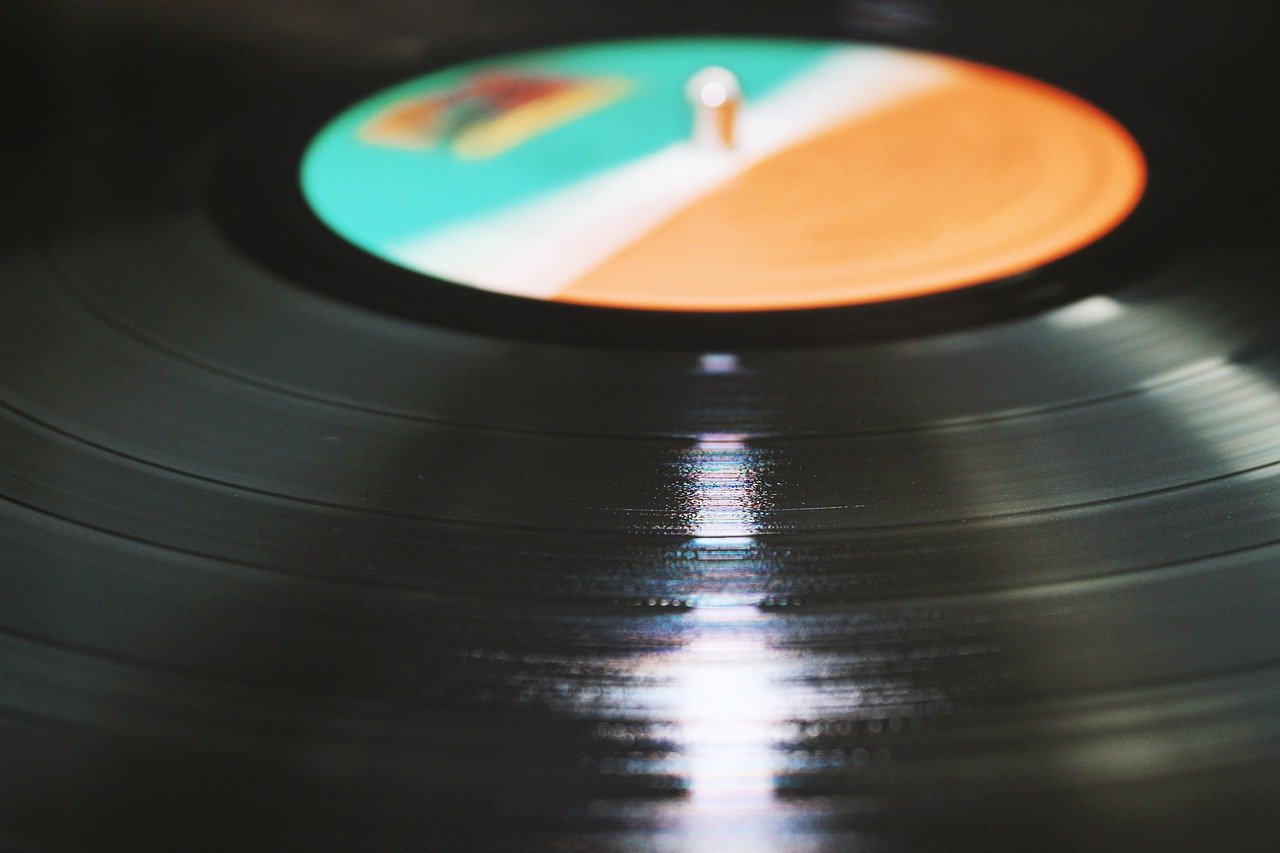 At first glance, the terms “record” and “vinyl” mean the same thing, right? They describe the same concept on some level — a flat, disk-shaped medium for music storage from the old days. Even in the age of CDs and digital streaming, listeners and artists say things like, “put the record on,” “buy our new record,” or, “this is my favorite record of all time.”

So what’s the deal with record versus vinyl? Let’s look at the history to find out.

Where Does the Term “Record” Come From?

Since the earliest days of recorded music, people have used the word “record” to describe physical copies of music albums. The first records were made of shellac, not vinyl. Recording engineers would record a band and inscribe the waveform into a shellac disk for playback on a phonograph.

Vinyl wouldn’t enter the fray as the primary record-making material until the 1940s. While the materials are different, the technology and listening process are similar. “Record” remains the standard term to describe both shellac and vinyl formats. It’s fair to say that while all vinyl albums are records, not every record is a vinyl album. There are different types of vinyl records with various storage capacities and playback speeds, but they all fall under the “record”umbrella.

Technology’s evolution since the heyday of vinyl further complications the distinction between record and vinyl. While the music industry moves farther from analog technology each year, the way songs are packaged and sold together is largely the same. CDs ushered digital music consumption into the mainstream and left analog records in the past (for the moment).

Why Do Bands Still Say “Buy My Record”?

When consumers began buying CDs instead of vinyl records, both artists and listeners continued to use “record” to describe albums. Sure, CDs aren’t technically records in the traditional sense, but it’s still commonplace to refer to an album or compilation of songs as a record. A typical example of old habits dying hard!

What’s more, vinyl is making a comeback among numerous music communities — so once again, you can buy an artist’s new vinyl record.

In summary, the terms “record” and “vinyl” are similar, but not entirely the same. While all vinyl albums are records, not all records are made of vinyl material. If you’re interested in diving deeper, learn how records are made on the Record Head blog. We also sell records online and in-store in West Allis, WI.!