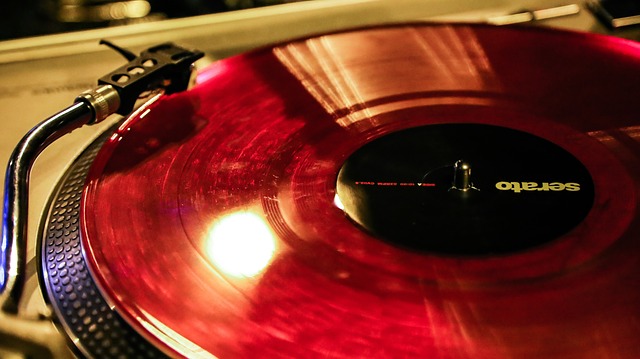 There’s something special about holding a vinyl record in your hands and then putting the needle on the record as you explore the unique artwork. While this format experienced a decline as new music technology took the forefront, the old ways are coming back.

Whether you’re interested in diving back into the world of vinyl records after decades away or you’re a young listener building your first collection, it’s good to get a refresher on how record sizes and speeds work. In this post, we’ll look at the meanings behind record player speeds and vinyl size charts so you can enjoy your favorite albums confidently.

To understand record speeds, we must first learn how vinyl records work. Unlike today’s digital technology for physical music releases — which relies on machines to print and read binary code onto a CD — vinyl records are analog media. Manufacturers will carve vinyl records with the literal representation of the sound waves the band captures during a recording session.

As the album spins on your record player, the needle fits into those grooves and reproduces the sound. Record players feature mechanisms that detect and send that sound through your speakers. That’s right — vinyl records make noise even without speakers, however quiet it may be.

So where does record speed factor in? To accurately reproduce the sounds carved into the vinyl disc, the record player needs to spin the album at the appropriate speed. Otherwise, the playback will sound out of pitch. Spin a record too fast, and it will sound high-pitched and squeaky. Too slow, the playback will be muffled and sound lower-pitched than the original recording. Most record players spin at three speeds measured in rounds per minute (RPM):

Now that you understand record player speeds, you need to learn to tell if a record is 33 or 45 RPM, as these are the two most common speeds. Records come in different sizes that hold different quantities of music. There are three standard record sizes to correspond with the three speeds:

If you’re interested in adding to your record collection or starting one from scratch, Record Head in West Allis, WI, is a great place to buy, sell and trade vintage music. Our inventory is continuously rotating, so stop in often or get in touch to see what we have in-store today! You can also shop our records online.