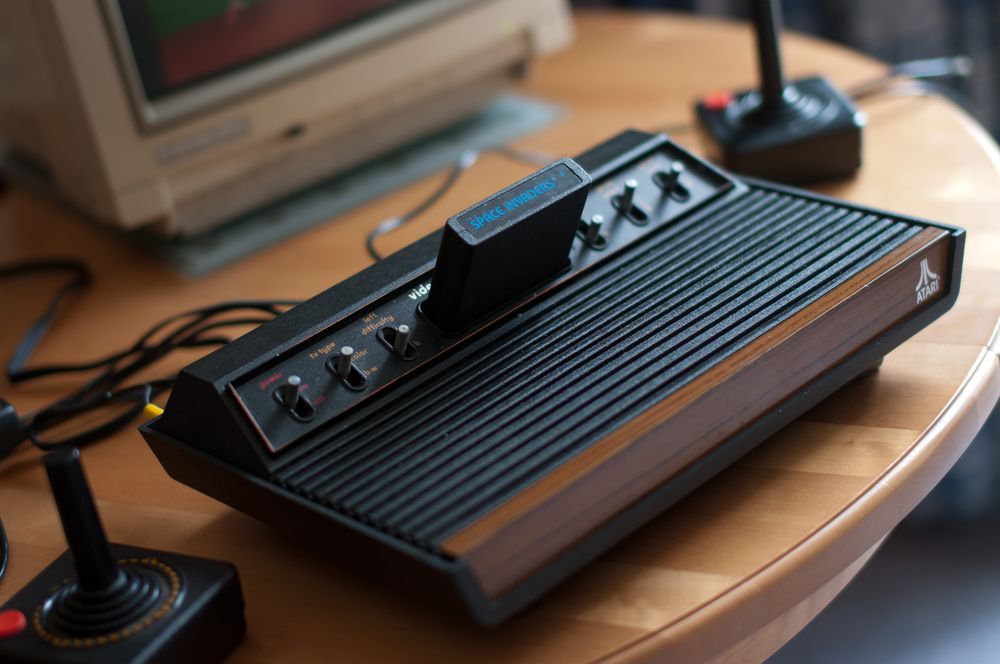 Atari changed the world with its run of influential in-home consoles that shaped the industry. Here’s your guide to Atari’s video game legacy from the folks at the Record Head exchange store.

When Did Atari Enter the Market?

Atari hit the market in 1972 after Nolan Bushnell and Ted Danby found success with their games Computer Space and Pong and decided to develop a new brand. They rereleased their games under the Atari name and began a legacy.

What Year Did Atari End?

Bushnell bought out his co-founder and sold the company to Time Warner in 1976, and the brand has since undergone numerous ownership changes. Atari continued to develop consoles and games for most of the late 20th century but introduced its last system in 1993.

How Many Different Atari Consoles Were There?

Atari released 10 primary systems, plus various editions for each. Let’s take a look at each Atari system to discuss what made it unique.

Pong is the game that started it all. Atari released its Home Pong console as its first system in 1972, and fans adored the simple-yet-addicting, tennis-style game.

Atari kicked off its 8-bit family of home computers in 1979 with the Atari 800. Its custom coprocessor chips allowed for better audio quality and graphics than previous models, and it ran for $1,000.

The 1982 Atari 5200 was a follow-up to the Atari 2600 that improved processing power and featured a new joystick with 360-degree responsiveness. Gamers found some issues with the controller’s calibration, though many still love their Atari 5200s.

The 1986 Atari 7800 ProSystem picked up where the Atari 5200 left off with improved graphics, a digital joystick featuring two buttons and games that rivaled the quality available at arcades.

Handhelds hit the market in the late 1980s, and Atari tried their hand with the Lynx. The system set itself apart by offering a color LCD screen, something its competitors didn’t.

The final console Atari ever produced is 1993’s Atari Jaguar. The Jaguar was a 64-bit console in a time when competitors were transitioning from 16-bit to 32-bit systems.

Where Can You Find Arati Systems Today?

If you want to play classic Atari games or find a vintage console, check out a buy-sell-trade store like Record Head in West Allis. Our staff loves sharing their knowledge of retro video games with customers, so stop in or contact Record Head online today!