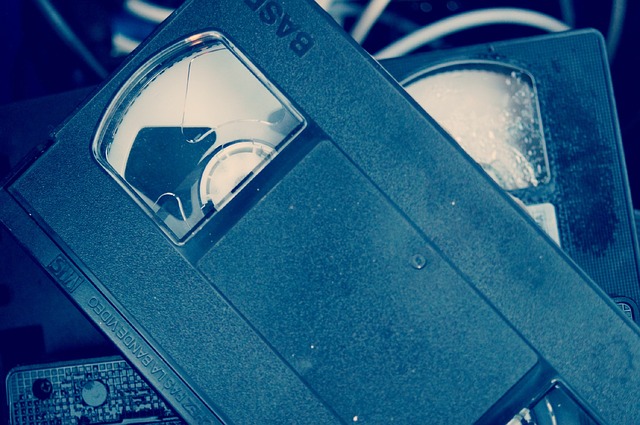 VHS tapes were once the most common way to watch movies from home, but time quickly changed the preferred format. As a result, you may have dozens of old videotapes that are no longer compatible with your modern TV. But like so many, you have a lot of fond memories of your old videos — so are vintage VHS tapes worth anything? Believe it or not, yes!

VHS tapes grew in popularity from the late 1970s and took total control by the late 80s. However, DVDs would surpass them between the mid-1990s and mid-2000s. VHS tapes became obsolete for a time, but consumers have since begun to long for the charm of analog media. So, yes, VHS tapes have a retro appeal that currently boosts their value.

Why Are VHS Tapes Becoming Collectibles?

In today’s market, even DVDs are virtually obsolete as streaming services have become the dominant force. So why is collecting videotapes growing in popularity?

One way to look at VHS tapes’ newfound popularity is through supply and demand. While manufacturers once produced millions of tapes, the last companies manufacturing VHS equipment ceased operations by 2016. Now, customers who offloaded their VHS tapes want to recapture the magic, but there are fewer units to go around. But what has caused the demand?

Modern consumers have a taste for nostalgia, perpetuated by some famous artists in the limelight. Musician Mac DeMarco embraced the VHS aesthetic with music videos like “Ode to Viceroy,” while Frank Ocean released a visual album on VHS as late as 2017.

Another reason for the high demand is that movie streaming services have a lot of control over what consumers can watch. Your favorite Disney movie may not be on your preferred streaming service, but if you own a physical copy, it’s yours to watch whenever you’d like.

Which VHS Tapes Are the Most Valuable?

VHS tapes are more popular than you may have thought, but not every tape is equal. The most valuable ones are in good working condition and feature their original packaging. Provided your tapes are in good condition, other factors will situate them on different value levels.

The first value level is the most grounded in sensible prices. These are movies that are valuable to own because you can’t easily find them on streaming services. For example, Disney’s Black Diamond editions of movies like “Aladdin,” “Sleeping Beauty,” “Cinderella” and “The Jungle Book” have sold for $20 or more — a decent return. In the mid-range, cult classics like “Friday the 13th,” “The Shining” or “Killer Klowns From Outer Space” have sold for $40 to $100.

On another level entirely, some collectors-edition VHS tapes can sell for thousands of dollars. Sellers can list a 1987 edition of the original “Star Wars” for between $900 and $2,000. This value spike is due to the demand for unaltered editions of the original trilogy, as George Lucas has added CGI or otherwise changed the films with every re-release or special edition.

Where Can I Buy or Sell VHS Tapes?

The best place to find VHS tapes today is to visit an exchange store like Record Head in West Allis, WI. We buy, sell and trade retro media to keep an always-changing inventory of interesting movies, albums and video games, new and old. To see what we have in stock, browse our online store or call us at 414-453-3900 today!